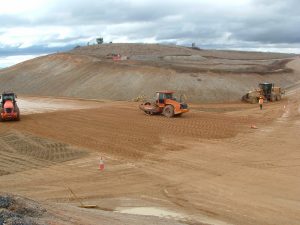 At Metromix we have a ‘can-do’ attitude which is reflected from our “Big Enough to Deliver, Small Enough to Care” motto. In 2011, Marrangaroo Quarry proved this and achieved the near-impossible.

Metromix staff conducted multiple site visits, the material was made and tested to ensure it met RTA specifications, and then the hard part began.

A vital part of the project was communication; not only between quarry and site but also between drivers and other contractors onsite. Regular contact was made with the RTA Project Manager to ensure he was satisfied with the product and service. As it turns out, he was so happy with us he ordered an extra 1,000+ tonnes of DGS40 for the job!